Join me and learn about my fellow authors.

“Why am I still alive?” That question was in the back of his mind when in 1965, Robert Frohlich was headed out towards Arizona to look for a job after serving in the army for three years. Escaping a splintered family and a troubled past, his car broke down in Wisconsin. Through a series of events that involved finding life-long friends, stable work, and the love of his life, he never left, finally finding a place to stay after wandering for most of his life.

That was not the first time God caused Robert’s life to change direction, nor will it be the last. By learning to trust in the Lord and let things come as they may, Robert has led a fulfilling life serving God, his family, and his community.

Aimless Life, Awesome God is the story of Robert Frohlich, but it is also the story of anyone willing to let God redirect their lives according to His awesome plan.

Learn more about the author at: RobertFrohlichAuthor.com 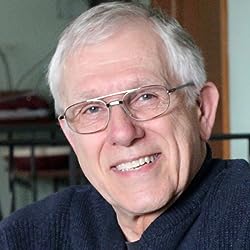 Robert’s journey from manager to speaker to author is marked by his eagerness to tell a story. And it’s always been a true story. One of his readers, after finishing Frohlich’s book, exclaimed, “Wow! You’ve had a lot of different experiences!” Always looking for the next thing, Robert moved from his birthplace in New York to settle, quite unexpectedly, in Wisconsin.

Often changing careers, he moved from sales to training to managing, with many odd jobs in between. And as his career moved along its erratic path, his faith grew ever more strong. It was inevitable and it was necessary. Death came close a couple of times, and temptations were everywhere. Yet Robert’s growing faith and trust in God carried him through the darkest times and led him through all the twists and turns of life.

It was this faith that led Robert to become a preaching layman, serving in leadership positions in three different churches. Because the best, true story Robert could tell was the Gospel story; salvation by grace alone, through faith alone in Christ alone.

Robert Frohlich still lives in Wisconsin, with his wife of more than 50 years, Marleen. Together they have two daughters and three grandchildren. Robert’s next book will be about….well, we’ll just have to wait and see.

A Note about Bob

I had the pleasure of first meeting Bob almost 30 years ago when he was my boss at Wisconsin Natural Gas Company in Racine, Wisconsin. If you don’t believe me take a look at the picture below! Bob has been a wonderful prayer partner and supporter in my journey as an author.

In Aimless Life, Awesome God, Robert Frohlich shares his commitment to live for Christ and then…the rest of the story. Robert’s search for his identity and a family of his own drives him throughout most of his life. How the Lord protected and led him to this very day, in spite of some of his decisions, makes for a fascinating read. Robert shares his story from the perspective of one who was lost and who now clearly, is found. I know you will find this to be an uplifting and inspirational memoir.

Celebrating the adoption of my son, March 1989.

Book One in The Roped Series

“Leaning over the rail as Jodie’s steer ran back inside, I gave that hamburger-on-the-hoof a wink and a thumbs-up.”

“My feet were hot-wired to my mouth and they kept running too.”

“Like fingerprints at a crime scene, evidence of my bad temper coated everything I touched.”

Will Texas teen Crissy Crosby’s rivalry and temper throw her off her dream to win the rodeo buckle?

When life bucks hard and unfair, will she latch onto the faith she was raised to rely upon or grasp anger and pride as her rope on this ride?

Book Two in the Roped Series

Texas writer, DiAne Gates, illustrates and writes fiction for children and YA, and serious non-fiction for the folks. Her passion is calling the Church’s attention to how far we’ve catapulted from God’s order as evidenced by her blog Moving the Ancient Boundaries.

DiAne worked as a photographer and writer for the East Texas Youth Rodeo Association magazine, and had the opportunity to be in the rodeo arena, feel the sting of Texas turf in her face and across her camera lens, giving birth to her western rodeo adventure series, released by Prism Book Group in August of 2015, ROPED. This first book of the series placed #5 on Top Ten Christian Reads for Teens and Tweens, 2016, as well as being a finalist in the 2015 Grace Awards, and a finalist in The Christian Literary Henri Awards for 2016.

Book Two in the ROPED SERIES—TWISTED, will be released by Pelican Book Group in the Spring of 2017. And the third book, UNTIED, is her current WIP. And DiAne writes a monthly article for Crosswalk, an online Christian magazine.

DiAne leads LifeSavers, an adult edit group for North Texas Christian Writers. And has a new blog THE SOUTHERN SIDE OF FLAVOR, where she shares family recipes and many tricks to cutting calories while retaining a massive injection of southern and southwest flavor. DiAne also facilitates GriefShare, an international support ministry for those who’ve lost loved ones.

Wife, mother, and Mimi, her passion is to share those hard life lessons God allows in our lives. Lessons she hopes will leap from the page into your heart and play out in loving family relationships.

Word Press Blogs: http://dianegates.wordpress.com/ and http://floridagirlturnedtexan.wordpress.com features The Southern Side of Flavor

Escaping home to Oxford, Mississippi, seemed like a good idea. Until it wasn’t.

A year after a tragic accident in Los Angeles flipped her world upside down, advertising guru Sarah Beth LeClair is still hiding away in her charming hometown of Oxford, Mississippi. And she may well be stuck there forever. Suffering from panic attacks, she prays for healing. Instead, her answer comes in the form of an arrogant football coach and an ugly puppy.

Former celebrity college quarterback Jess McCoy dreamed of playing pro football. One freak hit destroyed his chances. Although he enjoys his work as the university’s offensive coordinator, his aspirations have shifted to coaching at the highest level. His plans of moving up are finally coming together—until he falls for a woman who won’t leave town.

As the deadline for Jess’s decision on his dream career looms, the bars around Sarah Beth’s heart only grow stronger. But it’s time to make a decision about leaving Oxford.

Janet W. Ferguson grew up in Mississippi and received a degree in Banking and Finance from the University of Mississippi. She has served as a children’s minister and a church youth volunteer. An avid reader, she worked as a librarian at a large public high school. She writes humorous inspirational fiction for people with real lives and real problems. Janet and her husband have two grown children, one really smart dog, and a few cats that allow them to share the space.

538: Murder, Suicide and A Mother’s Love

538: Murder, Suicide and A Mother’s Love is a faction about family dysfunction and the prevailing love that sustains a mother. Lilly, happily marries and is full of life as she births five beautiful children. Life takes a drastic turn and she finds herself in a place that she never had dreamt of being. The grip of life keeps a tight rein on Lilly as she suffers great loss, but her strength in God and the love for her children push her forward.  There are days that she lives by simply putting one foot in front of the other. The drama that unfolds, at times, is unbelievable. From the eldest child to the youngest, the anxieties are obvious. Lilly finds herself at times unable to interact and is often heard reciting cliché’s, words she lived by, ”When it rains, it pours, A Bird in the Hand is Worth Two in the Bush, It’ll All Come Out in the Wash.”  Lilly is strong, resilient and loyal, and her inner strength causes her to persevere.

Cheryle Boyle is a wife, mother and grandmother.  She enjoys experiencing life and making memories with her family. Cheryle lives in Georgia and enjoys sewing, cooking, embroidery, reading and shopping with her granddaughters.  She loves writing and shares some family interactions in her book, thus creating this faction (Facts + Fiction = Faction).